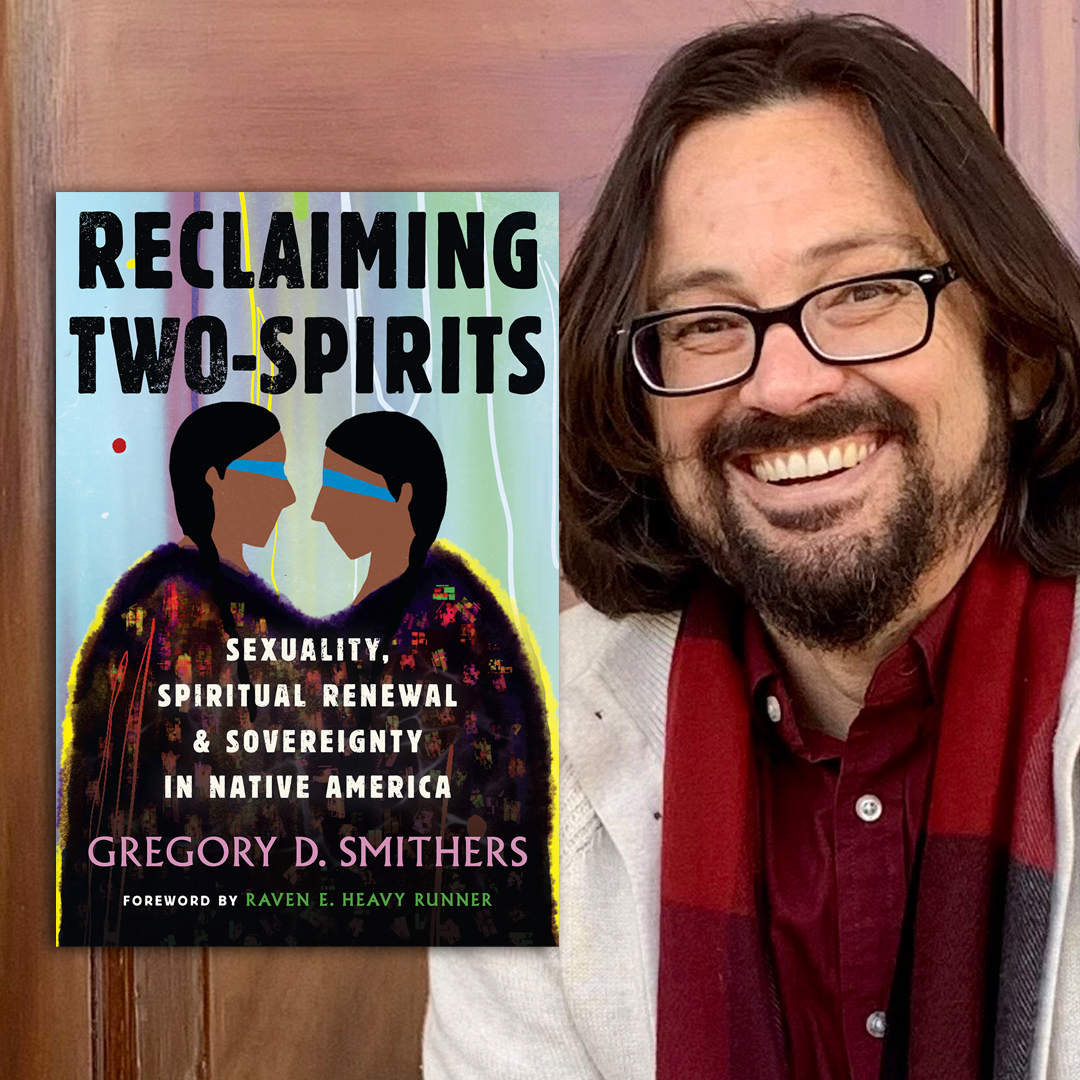 Join us in person as historian and author Gregory D. Smithers discusses his new book, Reclaiming Two-Spirits: Sexuality, Spiritual Renewal & Sovereignty in Native America. Before 1492, hundreds of Indigenous communities across North America included people who identified as neither male nor female, but both. They went by aakíí’skassi, miati, okitcitakwe, or one of hundreds of other tribally specific identities. After European colonizers invaded Indian Country, centuries of violence and systematic persecution followed, imperiling the existence of people who today call themselves Two-Spirits, an umbrella term denoting feminine and masculine qualities in one person.

Drawing on written sources, archaeological evidence, art, and oral storytelling, Reclaiming Two-Spirits spans the centuries from Spanish invasion to the present, tracing massacres and inquisitions and revealing how the authors of colonialism’s written archives used language to both denigrate and erase Two-Spirit people from history. But as Smithers shows, the colonizers failed—and Indigenous resistance is core to this story. Reclaiming Two-Spirits amplifies their voices, reconnecting their history to Native nations in the 21st century.

A book signing will follow the talk. For more information, contact Ashley Ramey Craig at ashley.ramey@lva.virginia.gov or 804.692.3001.

This is a free event.